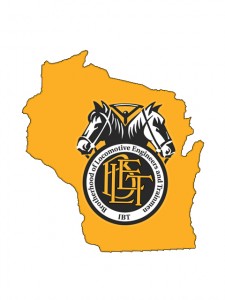 Barring legal action, on May 12th Wisconsin voters will head to the polls for the 2nd time in a month where voters in the 7th Congressional district will choose which candidate will represent them in the US House of Representatives. The candidates running couldn’t be more different in their opinion of labor unions and how they fit into the economies of both the state of Wisconsin and the United States of America.

On the Republican side of the ballot is Wisconsin state senator Tom Tiffany. Tiffany is an ally of former Governor Scott Walker, and is just as notoriously anti-union. As a member of Wisconsin’s state assembly he voted in favor of abolishing the right of Wisconsin public service employees to be represented by unions in 2011. As a member of Wisconsin’s state senate he voted in favor of making Wisconsin a right-to-work state in 2014. If elected to the house of representatives he will undoubtedly continue to champion anti-union legislation at the national level. As members of the labor movement, we cannot continue to elect politicians like Tom Tiffany into higher office and expect them to support us when past actions indicate they’ll do otherwise. One only has to look at the anti-union legislation pushed forth by Wisconsin republicans since they swept into power in 2011 to see that they’ve consistently attacked and undermined organized labor, and would like to see us eliminated as we have no place in their America.

On the democratic side of the ticket is Tricia Zunker. Zunker has been a law professor at several universities and headed the Bureau of Indian Affairs during the Clinton administration. Zunker is a strong supporter of organized labor and workers rights. She’s also been endorsed by the Wisconsin AFL-CIO, Teamsters Joint Council 39 and the Brotherhood of Locomotive Engineers & Trainmen. The stakes are getting higher and higher as we get closer to the presidential election in November. We have an opportunity to change the direction that our state and country are headed in 2020. Whether you vote early, in-person, or by absentee ballot, please get out and vote for labor-endorsed candidate Tricia Zunker on May 12th.

There’s a direct relationship between the ballot box and the bread box, and what the union fights for and wins at the bargaining table can be taken away in the legislative halls.
President Walter Reuther of the United Auto Workers, 1970