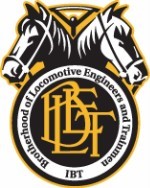 As all or most of us who live in Wisconsin know, elections have consequences. Ten years ago Scott Walker was elected Governor of Wisconsin and the damage he did to the labor movement is still evident today. In November we’ll be voting on whether we want four more years of Donald Trump as our president, or whether we change direction and elect whomever the democratic party nominee is. However, election season in Wisconsin starts much earlier then November in 2020.

On February 18th a primary election is being held to narrow down the field for a seat on Wisconsin’s Supreme Court. Two out of the three candidates are labor friendly and would make excellent justices. Ed Fallone and Jill Karofsky have both been endorsed by multiple labor unions and are supremely qualified to sit on Wisconsin’s Supreme Court. The third candidate is incumbent justice Daniel Kelly. Kelly is a Scott Walker appointee and an extreme right-wing ideologue who is very hostile to organized labor and the working class in general. The two candidates who accumulate the most votes in this primary will move on and face each other in the general election later this year. Also, if you live in Wisconsin’s 7th district like I do, there is an additional election on the ballot.

Congressman Sean Duffy resigned last September and a primary is being held to determine who moves on to the general election to replace him. Lawrence Dale and Tricia Zunker are the two democratic party candidates running, while Wisconsin State Senator Tom Tiffany and Jason Church who is a former staff member for US Senator Ron Johnson are the two candidates vying for the republican nomination. Both Church and Tiffany have the same vision for America as President Trump, and have vowed to to help him carry out his agenda if elected. The stakes are high. Please get out and make your voice heard by voting for pro-labor candidates in 2020.